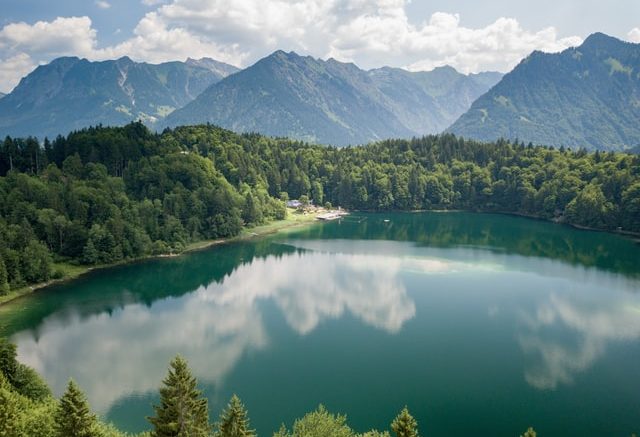 Freshwater is the natural resources that are valuable to our life. Even though 2/3 of our earth are dominated by water, but only 1% water that are able to consume for our daily life.

Such as cooking, washing the clothes, drinking, and many things.

Canada does have rich freshwater resources with around 20% of all freshwater in the world. However, even though Canada have much pretty high percentage, Canada is not ranked second, in fact the third country.

Then, which countries who ranked first and second that have the most freshwater in the world?

According to the table above, Brazil is at the first rank who have the most freshwater with capacity of 8233 (CU KM) and followed by Russia with the amount 4507 (CU KM).

Our earth has 326 million gallons of water. If calculated as a percentage, our water source comes from:

Even though that our earth has 326 trillion of water, only 1% is freshwater. Freshwater are coming from glaciers, groundwater, and lakes. That three water sources are the great water that we can consume and for our daily needs. Otherwise, the rest of sources are still in develop by researchers so we can use it for our needs.

Water is valuable to our life, which is why we have to protect the existence of our freshwater as they are not endless supply.