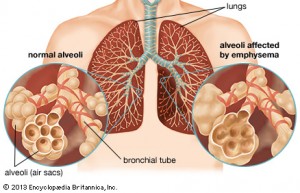 When most people think about air pollution, they think of places like Mexico City or Beijing – large, densely populated megalopolises where smog seems to be a permanent part of the landscape. Those who live in suburban areas and more rural places tend to think that they don’t have to worry about air quality and largely disregard it. However, while smog in urban areas is definitely a major problem that the suburbs and most rural areas don’t have to worry, virtually everyone has to think twice about the air they breathe due to an invisible danger: particle pollution.

What Is Particle Pollution?

Particle pollution consists of ultra fine particles that are invisible to the naked eye. In fact, more than 50,000 of them can even fit within the period at the end of the sentence that you’re reading. These particles are generated by many different things, but some of the most common ones include vehicle exhaust and other industrial sources. It can also be caused by common household appliances, tobacco smoke and even incense. Since particle pollution can be generated easily by mutilple sources, it’s most likely seeping into your home right this minute.

Since there’re many different ways by which particle pollution is generated, it is an equal opportunity pollutant that is ready to invade the sensitive respiratory systems of allergy sufferers, asthmatics and those with chronic respiratory illnesses alike. They exist even in rural and suburban homes, and more can be generated at any given moment. Even if some of them are swept out during regular household cleaning, more are introduced by chemical cleaners and other products. In other words, particle pollution affects everybody – and it is a major problem.

Be the first to comment on "Facts about Particle Pollution"

Experience the new European standard with 360-degree air intake that can capture pollutants all around areas and 360-degree pure air output.

With powerful 360-degree air intake and output, 1000 sq ft air purifier can clean up the surrounding area up to to 950 m³ air per hour which makes it best to clean a room of 190 m2.