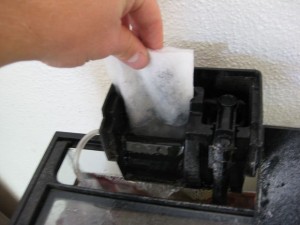 Activated carbon is used quite commonly as part of the filtration system in aquaria, but there are many myths and misunderstandings about its use, and what it can or cannot do. Some of these myths are repeated so often that many believe them to be true.

The fact is carbon will remove a range of substances from water, including:

How much should I use and for how long?

It is not easy to recommend a specific amount of carbon, or a specific duration that it will last in a particular aquarium. This is because it will depend on many factors, and each aquarium is different. The biological load (stocking level) in an aquarium will have a major impact, yet the quality of carbon itself and its adsorption capacity can also be very variable.

For carbon to work effectively, the water should be mechanically prefiltered. The carbon should have a good flow of water through it, so when using granular carbon, a thin layer is more effective than a think one.

Be the first to comment on "Using Activated Carbon In Aquarium"