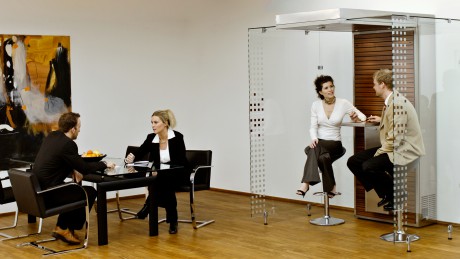 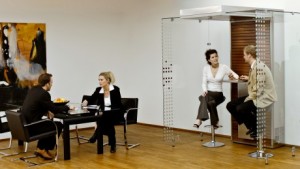 My friend works for a small business office that allows smoking indoors. As an engineer specialising in indoor environment, he is asking about my opinion and I’m wondering as to what the best solution would be, as quitting the job is not an option. He has his own office, and he does not smoke. He has been trying to use air fresheners every time the smoke sneaks into his office. But soon we found out that the fragrance from these fresheners can only mask the smell of the smoke instead of truly eliminating it. He is still breathing in the harmful gases and particles from the tobacco.

Things run into dilemma. Then I researched something about smoke cabins that can actually help solve the problem. I suggested my friend to propose the idea to the owner of the building. Smoke cabins work in three simple steps that can fully eliminate the poisonous gases and particles: capture, filter and release.

Smoke cabins will first capture the smoke before it spreads throughout every corner of the room. This can be done by creating high airflows, which draw the smoke in the desired direction into the filter. Then, it comes to the filtration of the dangerous gases and particles, even for the smallest particles. Efficient filtering systems can remove as much as 99.95% of the most dangerous particles and gases such as nicotine, benzene and others. The final step will be the release of clean air. Tobacco smoke, after passing through the filtration system, will be transformed into pure air. Highly adsorptive filter media is very important in this step as it can trap the harmful particles and prevent them from returning back to the air.

I do believe smoke cabins are by so far the best way to balance the needs for smoking and non-smoking tenants. They can increase productivity, safety and satisfaction of the people using the building.

The SP AREA series is part of Smoke Solution’s full range of smoking cabins, lounges and Smoking Areas in SINGLE, DOUBLE and TRIPLE unit combinations. As a multi-unit Smoking Area, the SP AREA is an efficient way to accommodate several users simultaneously. Compact in dimensions it can be efficiently fit into most interiors.

Be the first to comment on "Indoor Smoking Solutions For Offices"